Faced with challenging industry conditions, Co. Limerick dairy farmer Colin Doherty is aiming to reduce his nitrogen use and be self-sufficient in feed by using red clover silage. He explains why he chose red clover, how he uses it and the benefits he’s seeing.

We started with red clover when we leased a piece of land in need of reseeding some distance from our home block. As it was too far from the farm for grazing, we sowed it with a Germinal mixture of grass and red clover to produce the high-quality silage we feed during the winter. 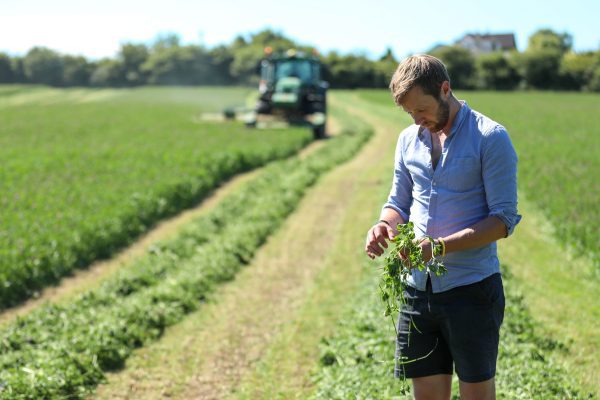 We’ve used Germinal varieties for a few years now, ever since I switched to AberGain because I wanted a high-quality, late-heading grass. It was such a standout success that I’ve continued to use Germinal varieties, including their clovers.

We chose red clover mainly for its ability to fix nitrogen so we could reduce our use of nitrogen fertiliser but also because we’re trying to grow all our own high-quality feed.

We are targeting at least four cuts and zero grazing either early in the year or at the back end. Having sown red clover seed in 2021, our first cut was in early May 2022 and our last in mid-October. Our total yield was 15 tonnes DM/ha this year.

With these good quality cuts, we can set aside bales for late in the year before we dry off and for early springtime when we are stretching grass on our grazing block.

Palatability is another benefit we’ve seen from this clover – the cows really like it, helping us achieve the high intakes we’re after.

During the dry spells in summer 2022, we found the red clover far more resilient than the grass. The grass became stressed sooner and took longer to grow back whereas the red didn’t slow down at all. 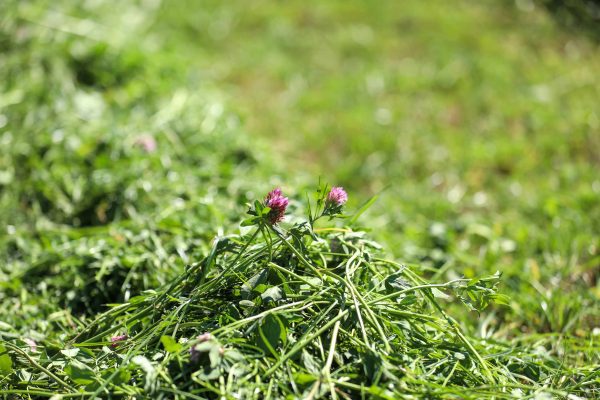 The main difference in making silage with red clover is we cut it a little higher to protect the crown of the plant. We cut in single swards and leave it down for 48 hours before we bale it to make it as dry as possible. It’s generally low in dry matter so a good wilt is important – and is what makes it so palatable for cows.

We’ve seen a massive reduction in our use of nitrogen fertiliser, having not applied any since the red clover was sown and only spreading a bit of slurry in the spring. It’s been a game changer for us, saving around €7,500 across 17 hectares due to reduced nitrogen use.

Get the quality right and this is an ideal feed for cows. I wouldn’t go back now – I see red clover as part of our system for a long time to come.

As Colin has shown, red clover offers a high-quality source of homegrown protein and reduces the need for nitrogen fertiliser. It’s shown him its resilience too, withstanding the dry conditions seen during the 2022 summer. 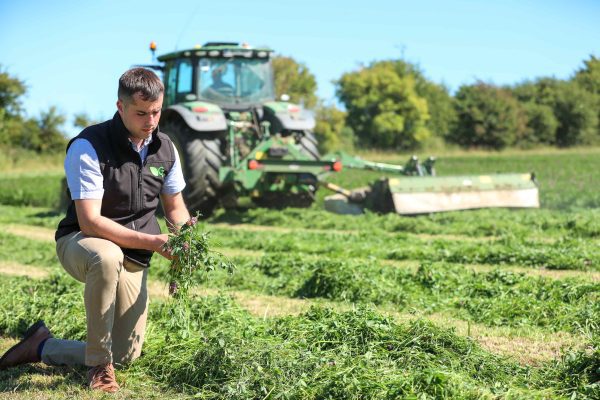 Best sown as part of a full reseed, this clover thrives in well-drained, fertile soils so soil testing is particularly important to check and maintain fertility.

Target a pH of 6.0-6.5 with P & K index 3, applying lime and P & K as soil test results dictate. Aim to keep soil at index 3 and because red clover silage is a hungry crop for K, it’s important to ensure you are applying adequate K to replace offtakes.

Ask the grass and forage experts