“I’m lucky enough to be able to use land on my brother Denis’ beef and tillage farm to grow forage rape, Redstart and Soil Booster Graze,” explains John.

“This fits well with Denis’ rotation and means we make the most of land which may not otherwise have a use between late summer and early spring. Growing catch crops also has a positive effect on soil structure, which benefits Denis in spring.” 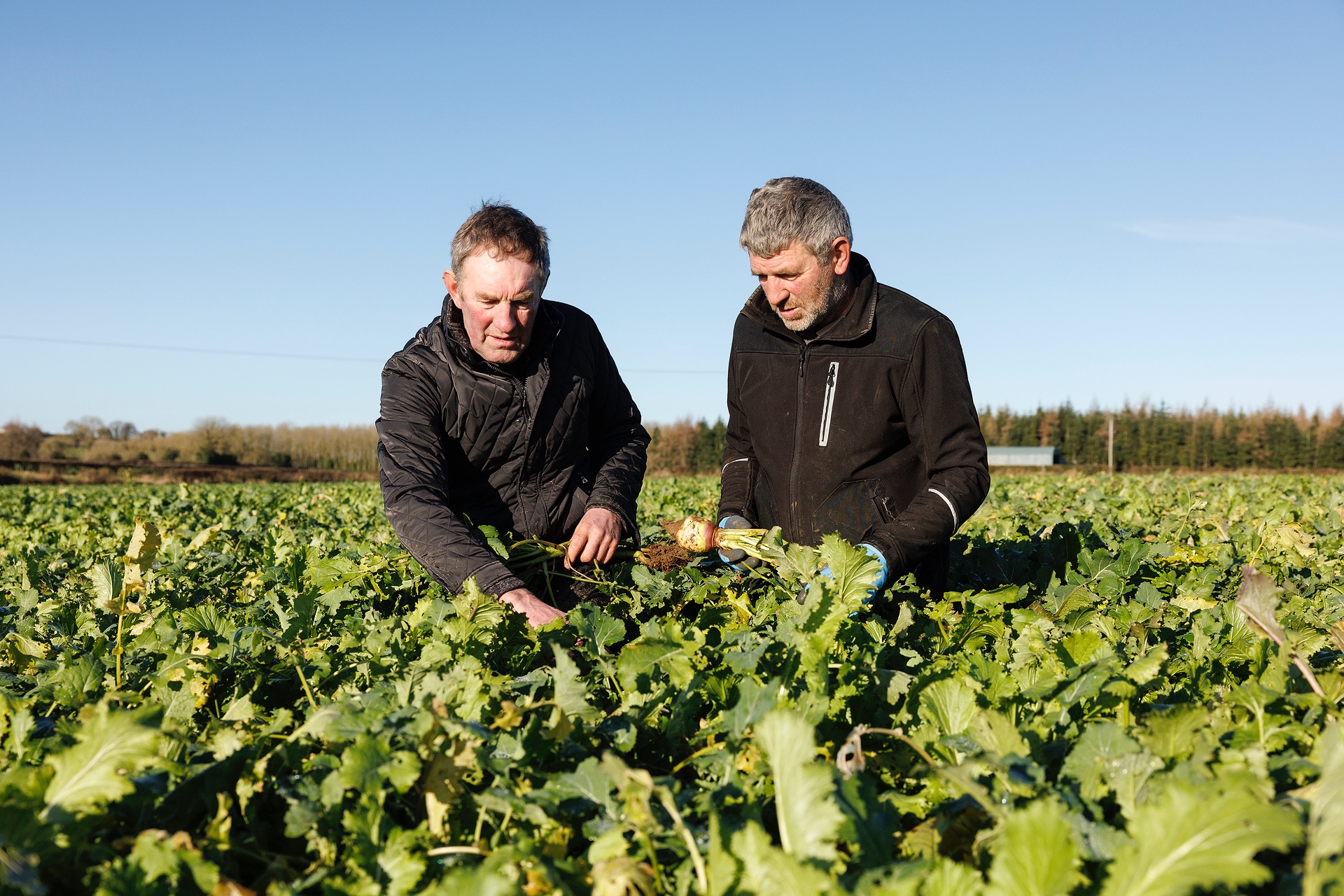 To make the most of this opportunity, John sows forage rape following the spring barley harvest. “We normally sow by the end of July. Sowing as early as possible is important as it helps ensure the crop is ready to graze by October. Leaving it later can mean it takes longer to become available for grazing.”

John establishes the crop using either a power harrow and air seeder or by direct drilling. “We’ve had success using both methods but find adding in two bags of 18-6-12 is vital either way for a successful crop. We also spray the volunteer cereals three weeks after sowing.

“Getting these first steps right is important. It’s worth investing time and money at this stage to gain more from your crop later.”

The remaining lambs begin grazing the forage rape in October, allowing the ewes to make the most of the grass on John’s farm.

It can take a little bit of time for the lambs to adapt to grazing forage if they are coming from grass, says John. “We make sure they are not going onto the forage hungry and let them have an area of grass to roll back on for the first few weeks. We also give them a mineral bolus to avoid any deficiencies, particularly iodine.”

To manage the grazing, John splits the area into blocks and moves stock every five to seven days. “This helps utilisation and can prevent too much damage to the crop if the weather turns bad.”

After starting to graze in October, John finds half the lambs reach their finishing weight after four weeks, with the other half finishing by December. He also finds grazing forage rape has a positive impact on worm burden. 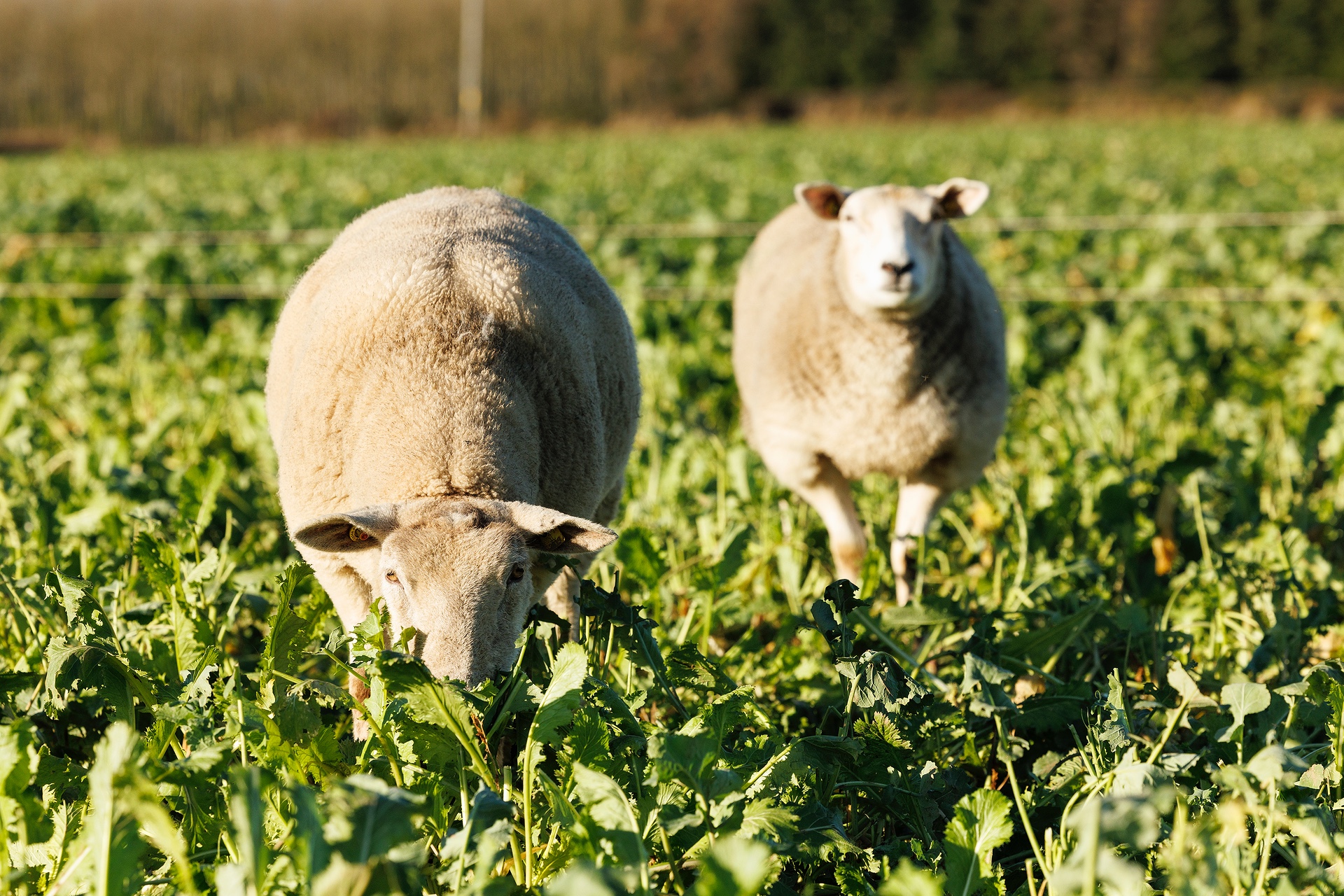 “We normally dose the lambs before they go off to Denis’ farm and find once they’ve started grazing brassicas their worm burden normally drops right down to almost zero. This is a big bonus for me and is another reason why we do it.”

While grazing the forage rape over winter, John keeps an eye on the weather. “Weather is always the biggest variable and if it becomes continuously wet I take the stock off to avoid damaging the crop and wasting it, but thankfully this has only actually happened once.

“Achieving a high level of utilisation is what makes catch crops a valuable tool, so you don’t want to jeopardise this by grazing them during long periods of very heavy rain.”

John also grows an area of Germinal’s Soil Booster Graze, a GLAS-compliant mixture of forage rape and leafy turnip, which he grazes later in winter.

“When the forage rape starts to become a bit stemmy we move the ewes onto the soil booster graze. As Denis is part of the GLAS environmental scheme it can’t be grazed until December, so it fits well with our system. The combination of forage rape and leafy turnip adds variety and our ewes perform well on it.”

John has also recently started to grow Redstart, a high-energy hybrid brassica. He drills this directly into a grass ley following the last cut of silage.

“We have started to use Redstart as its vigorous regrowth means it offers multiple grazings. It’s usually in by the end of July but the dry weather delayed sowing a bit this year. Our stock does well on it, with lambs finishing quickly and to weight.” 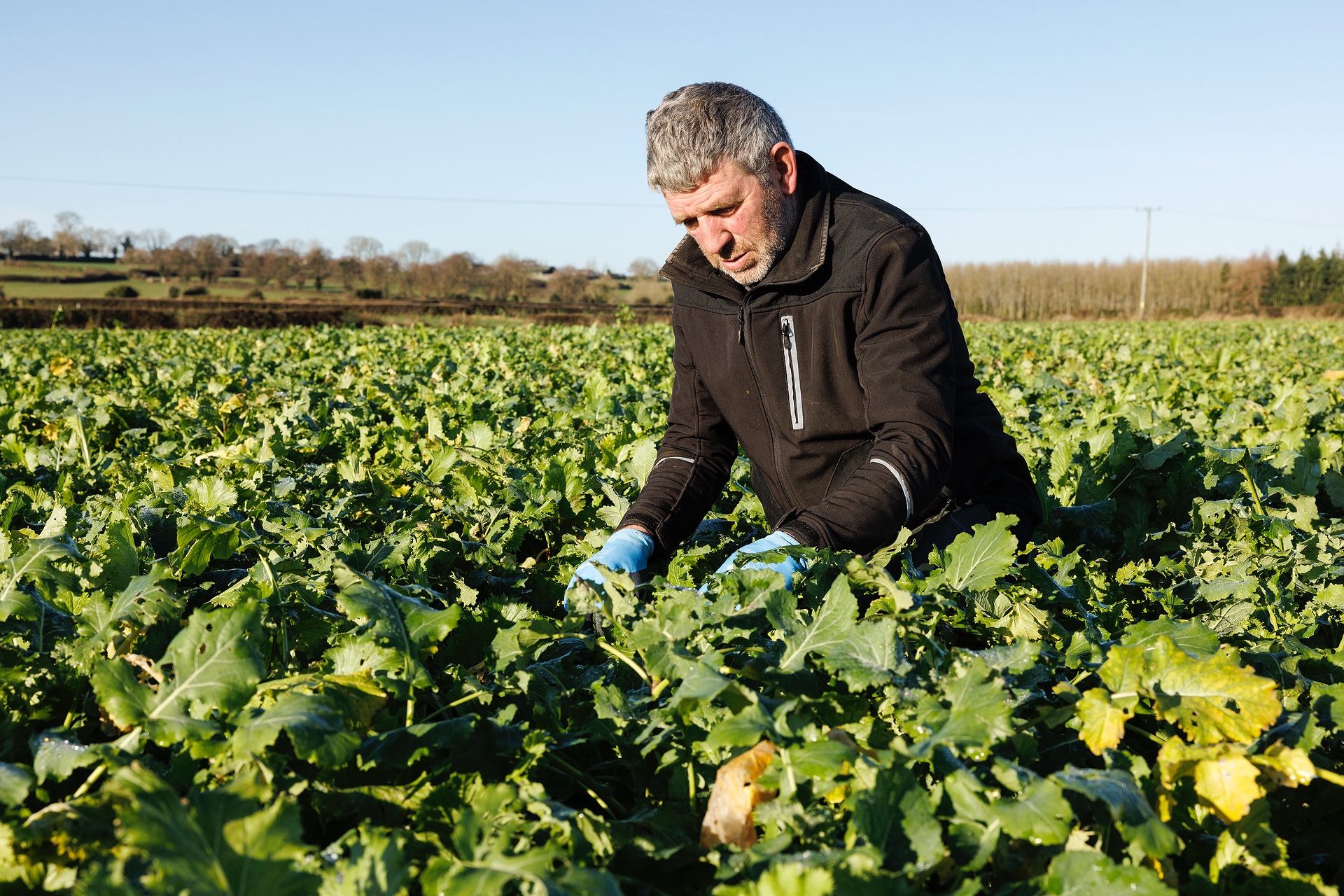 With 20 years of experience growing catch crops, John’s advice is simple: “Take the time to get the sowing right and you’ll reap the rewards. Forage crops grow well but you can’t just put them in the ground and hope they grow.

“Make sure you sow them in the right place and at the right time as well as fertilising them as needed. Getting these steps right means you will have a good supply of valuable winter grazing.”

Ask a grass and forage expert