Your Browsers Needs a Update

Spring 2019 started much kinder than it had 12 months previous, with farmers around the country reporting much stronger grass growth rates compared to 2018.

The PastureBase Ireland Grass Growth Curve below shows an overview of the 5-year average grass growth data across the country, represented by the blue line. The green line represents growth figures for 2018 and the red line represents 2019.

Comparing spring 2018 with 2019 and assuming that data up to the week of April 16th marks the end of the first rotation on many farms, grass growth almost doubled to 1500 kg DM/ha in 2019 compared to 770 kg DM/ha in 2018. This is a huge difference in grass supply, leading to increased feed availability early on in the year. Luckily, 2019 was a relatively mild and dry spring which also allowed for the most part, this grass to be well utilised on farms.

Over the period of January 1st to April 30th, the total rainfall was 339mm (2019) and 442 mm (2018) on average across 4 Met Eireann sites (Cork Airport, Gurteen, Ballyhaise and Johnstown Castle). This is a difference of 98 mm of extra rainfall in January 2018 compared to 2019, meaning ground conditions at farm level were very poor, resulting in delayed turnout in 2018. 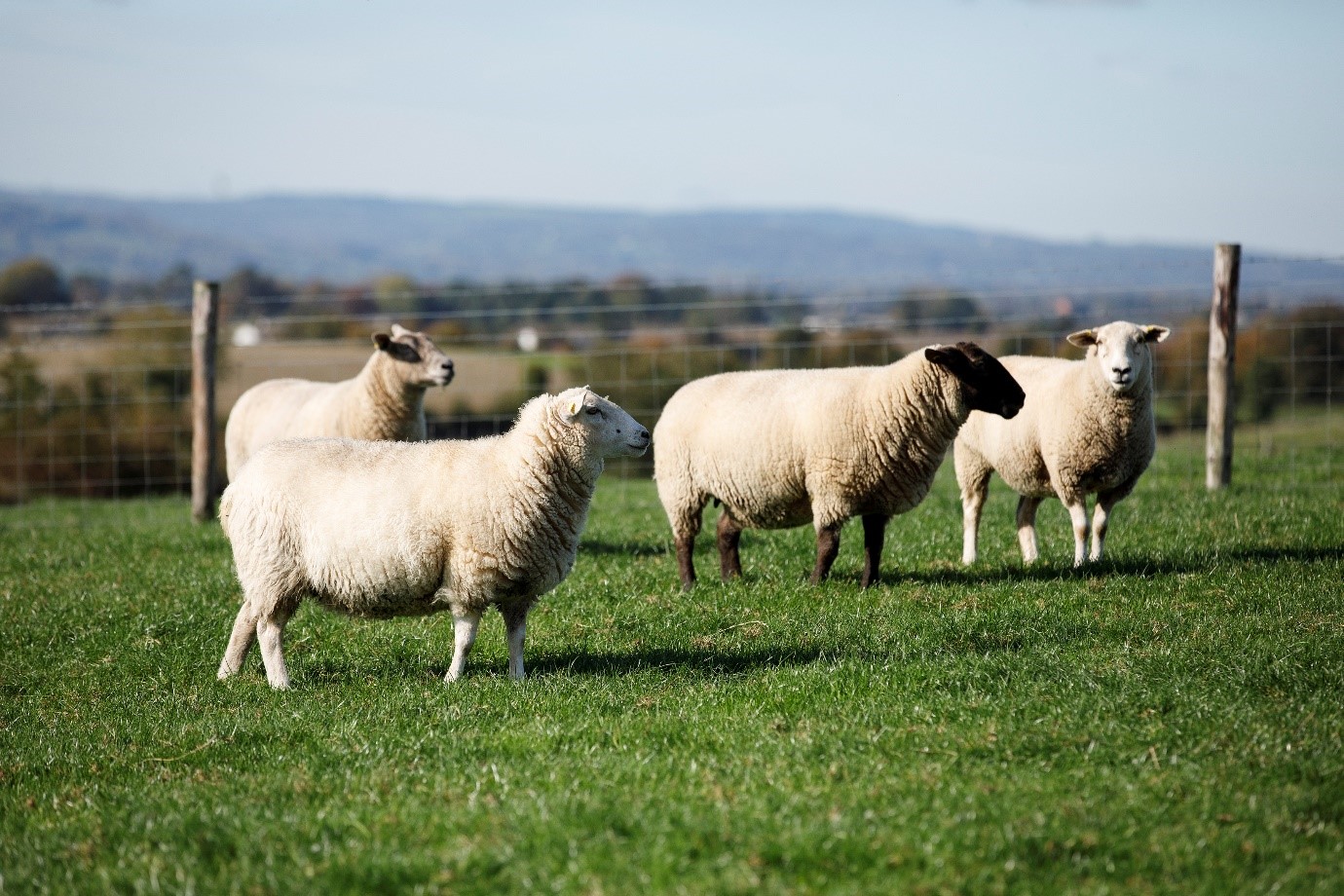 In general, grass growth throughout the summer of 2019 was relatively good across the country. Certain parts were at times seeing a slowdown in growth due to dry ground conditions, but in general grass growth was good without any major grass surpluses produced; silage stocks were restored, and pits were filled for the winter.

The trends for 2019 continued to out-yield 2018 throughout the summer months. Looking at the average grass growth across the country from mid-April to August 1st, the yield was 6.7 t DM/ha, which was in line with the 5 year average growth rates and almost a tonne more than what was produced over the same timeframe in 2018 (5.8 t DM/ha).

From May 1st until end of August, there was substantially more rainfall in 2019 (302 mm) compared to 2018 (187 mm), which supported the higher growth rates experienced throughout 2019. 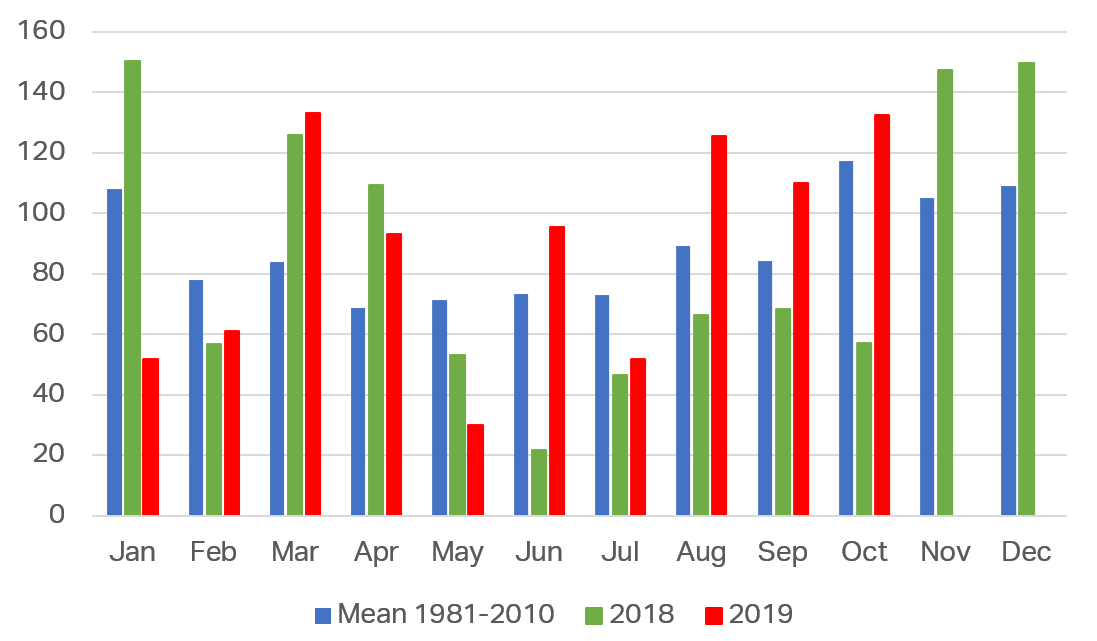 Since August 1st, as farms began building covers for the autumn, grass growth has been relatively consistent for 2019 compared to both 2018 and the 5-year average, with about 4.5 t DM/ha grown up to the end of October 2019.

From September 1st to the end of October 2019, the total rainfall average across the 4 sites was 242 mm compared to the 30 year average of 201 mm and only 125 mm for 2018. The drier summer of 2018 meant that the ground could cope well with the autumn rainfall, and so conditions held very well throughout autumn 2018 and into the spring of 2019.

Overall, 2019 was a relatively good year for grass growth and for utilising the grass grown on farms. Weather conditions in the last few weeks have created the only real challenge for successful utilisation in many parts of the country. Total average production across the country this year was 12.5 t DM/ha, substantially higher than the 11.1 t DM/ha produced in 2018. Many farms are in the final stages of closing now in order to set-up grass for spring 2020 so we are all hoping it’s another good year for grass.

With the window of opportunity for sowing kale closing, and where winter forage shortages is...
When looking to give an uplift to under-performing swards, or to correct any damage done to...
Without doubt, grass must be the first priority for feeding livestock efficiently and a...
There is growing interest in multi-species swards, and at Germinal we have probably taken more...
View all
We use cookies to ensure that we give you the best experience on our website. If you continue to use this site we will assume that you are happy with it.OkPrivacy policy